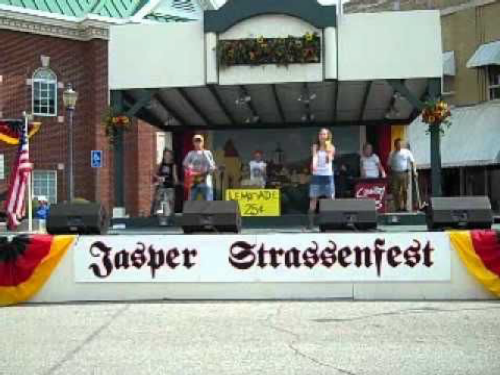 there were other places.

bedford, with its stoplights. bloomington, with its books. jasper, home away from home for what must have been pre-war german immigrants. there were a lot of these little places spread out across the southern part of the state. most where more populace, almost all were more commercially developed than vidya’s own black lick.

he’d wander between them all, in later years, but for now he was stuck. at least, when no one was willing or able to drive him.

sl was back. back from where? why didn’t you try asking him. you’d come away with a story, but still not know the definitive answer to your question. vidya could make a certain kind of sense out of that.

in his book of lies sl had (or rather, vidya had, since he was the one actually writing it all down) recorded what he had said were the essential ingredients needed to create the world. the world, of course, that they planned to sell to the rubes.

sl’s mom, or other people that either he was related to, or intertwined somehow with people that he was related to, always seemed willing to drive them places. vidya would climb into whoever’s vehicle and strap himself in, usually noticing that he was the only passenger who bothered with a seat belt. if at one time this had concerned him he had long ago stopped worrying about it.

they would drive differently than mom. vidya was often uncomfortable with the speeding, or with the open containers of alcohol inside the vehicle. one time he rode in the back of a pickup while the driver cursed young people (vidya included) and sipped hard liquor from a paper cup. there hadn’t been room for both him and sl in the cab of the truck.

any of vidya’s concerns would have seemed irrelevant to any of these people, and, in fact, on the rare occasion when he would speak up, it was not uncommon for the adult in question to stare at him as if he were something they had just scraped off the bottom of their shoe. vidya could relate. he took good care of his own shoes.

through an obscure process that remained hidden from him, vidya had begun to adapt to sl’s method of living. the peculiar, often maddening transit between blatant falsehoods and just as blatant plagiarism, twisted just so, that seemed to comprise the totality of his personality. adapt, but not without reservations. questions, really. the transformation was as yet incomplete.

in jasper, the environment seemed different, somehow. an altered psychic resistance. vidya couldn’t say just what the difference might be. more an instinctive suspicion than anything he could put into words. however he explained it, mom was going to be pissed when she found out he had ditched school and traveled here.

and now he needed a ride home.