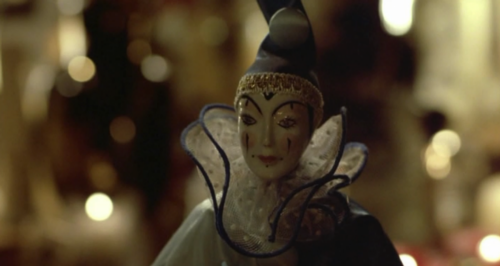 vidya went to school. some of the books he had hidden in empty lockers had grown legs. he knew no one would be reading them, and he guessed, correctly, that most of them could be retrieved from the big trash can at the end of the hallway. the problem was that in the process of moving from locker to trash can, some of them had picked up moisture and debris. he exfiltrated them all to new empty lockers, farther away from his own. he’d see about bringing in a padlock (was that allowed?).

the yellow magic orchestra sticker on his own locker had been roughly torn off, defaced with a magic marker, and then stuck back on, upside-down. the vintage sticker had cost him thirty dollars. it was his own fault. he knew this was a school.

down the hallway. he tried to avoid teachers, janitors, the future farmers of america, special ed, members of the high school marching band, football players and benchwarmers, substitute teachers and teaching assistants, the librarian, bus drivers, visiting representatives of various education-related concerns, underclassmen, people who were both older and younger than himself. that left an empty drama club dressing room, off the back end of the auditorium stage. vidya pulled out his book and began to read.

"you’re gay," aaron said, and withdrew the paper clip. they all left.

vidya went back to reading. he scratched absentmindedly at the superficial wound on his arm, ignoring the blood. frequency was slowing, but incidents of this nature were still occurring. at least they hadn’t called him by his name.

he wasn’t yet invisible enough.