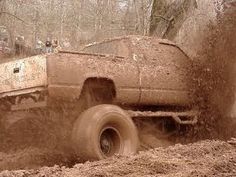 the abandoned structure had burned to the ground. parts of the surrounding forest had also been affected. vidya wasn’t sure if something he had done had caused, or led to, the fire. anyway, the books and papers he left inside were now gone forever.

they had finally let him come back to school, probably thanks to his mom. he kept his job, working nights and weekends. part of the deal struck to enable his return had been to steer well clear of the drama club and their dressing room. at work, of course, he would still have to maintain the cameras. it was a coincidence that his lunch breaks on the job overlapped neatly with the drama club’s after school activities. he considered the dressing room as a lunch destination but, you know, not really.

inexplicably, older boys hung around the school during off-hours. one evening as vidya was making his rounds a group approached him, challenging his presence.

"why are you even here, queer?"

this part was always a source of confusion. the ostensible reason for the harassment was, while he realized accuracy was much beside the point, not even true. in later years it would dawn on him that the constant questioning was in many cases a masked invitation. but tonight it just seemed dumb.

"getting that money," vidya said, rubbing thumb and forefinger together. as the older boys tried on their dumbfounded looks, vidya adjusted his uniform cap several times. the stalemate seemed absolute, but wasn’t, really.

when vidya finally came to someone had already called the police. he later found out that the call had been placed by the same boys who assaulted him. next, vidya was arrested for soliciting minors (minors were sometimes charged thusly, when their group activities were otherwise difficult to pin down), child endangerment (likewise), and public indecency (his uniform having gone missing).

at the police station vidya was locked in an empty cell. provided with a small bowl of water and an abrasive washcloth, he was told he would not be released until he succeeded in wiping the ungrammatical phrase "i’m fag," that had been written across his forehead in magic marker, off of his face.

it took the better part of two days to satisfy the sheriff.