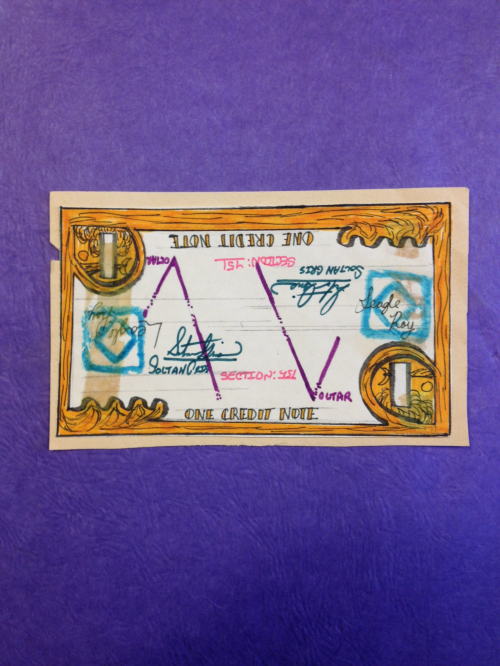 I DON’T WANT TO KNOW

He’d buried some of it, in an airtight container in the woods. A Zero Halliburton he’d stolen from his old job. The books themselves probably seemed stupid, but he took from them what he got from them, and he thought they should be preserved.

During one such expedition to the burial site he uncovered someone else’s cache. Another Zero Halliburton, this one older, and far more battered than his own. Inside was another small collection of books. Hubbard, McCaffrey, Reid Banks, Herbert, London, Steinbeck, Wilde, Camus, Gibson, and Malcolm X. There were also several copies of the same old comic book from Radio Shack detailing the assembly of a cheap electronics kit. Werner closed the case and returned it to its place in the hole.

To his own Zero Halliburton he added a slim volume of Anaïs Nin, lately acquired. he noticed that the new edition was cut to a slightly different size than the rest of its siblings from the same series (the "continuous novel"), and briefly wondered why on Earth a publisher would choose to do that.

All the way back to the road he pondered the inclusion of L. Ron Hubbard in the other Zero Halliburton’s canon. From what he could remember, the material was trash, the boasting of a mediocre purveyor of shitty science fiction, both in the author’s writing, as well as in the constitution and operation of his global religious cult. Werner thought, maybe there was a good reason the suitcase had been buried.

He hitched a ride into town and immediately began talking to the driver.