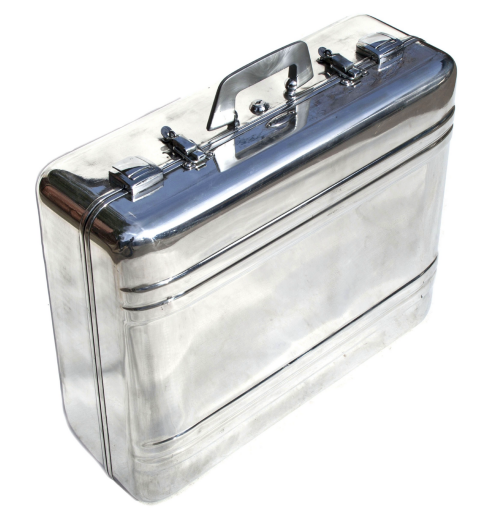 West Berlin had changed. Not in Werner’s lifetime, mind, but in the decades following the war, as the influx of returning prisoners brought with them news of the actual Germany, contradicting the dogma West Berlin’s citizens had propagated (in innocence, to be sure) before the intrusion of sharpened reality had burst their local media bubble. Werner supposed that the merger with Chicago had also played some small role in the town’s transformation from post-industrial wasteland into the shortly-pre-collapse tourist trap it remained today. He was sure he couldn’t say.

Whatever, now things were better. He’d heard tell of an adjoining community, set up during the war, where runaway slaves had found a new life (Indiana having had no extradition treaty with Kentucky). He wanted to say the community was out somewhere near his hidden cache, but he had had to admit to himself that he wasn’t sure. He’d always figured that someday he would try to suss out precisely where it had been situated, go and pay a visit. Well. Part of the problem with the woods was finding time to walk around in it. Especially at times like this, when he didn’t really know where he was going, or what it was he thought he was looking for. Most of his free time was radically more structured.

His ride picked him up at the edge of the woods. As he rode in silence he contemplated the possibility that he’d already previously found the slave community, stumbling over it during one of his daily walks, and simply never realized the coincidence. There were signs of civilization everywhere in the woods, but very few people. The notion seemed likely. Even attractive. He filed it for later perusal.

The one time he had encountered another person on the trail it seemed as if they were headed elsewhere (anywhere?) in an awfully big hurry. Indeed, the gentleman came close to trampling him as he stepped onto the path, all soft smiles and oblivious serenity from his just-completed session at the rock. Werner had pointedly cleared his throat—"Ut!"—but the man had kept going, ignoring him completely, almost as if he’d never really been there at all.

Werner was pretty sure he had been there, but perhaps it was true that his mind had drifted elsewhere. The man could have watched where he was going. The Zero Halliburton swinging from his harm had nearly taken Werner’s head off.

It would probably be a mistake to romanticize the past.

Werner cleared his mind and attempted, with some difficulty, to focus himself on not focusing. Again, the words melted to ice water in his throat. Which was sore. The repetition was making him hoarse.

He needed more time to sit.