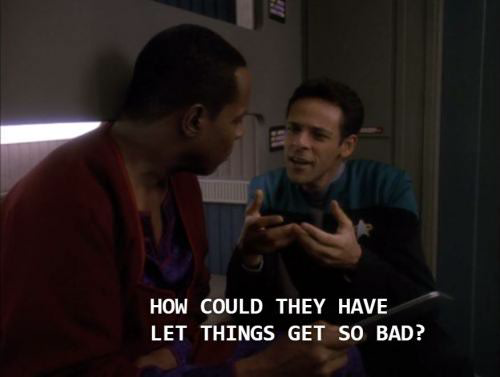 Werner rotted from within, and soon his reports were little more than lists of people and objects, lacking the critical analysis that had distinguished his previous work. Demand shriveled up, and he was forced to find other ways to make money. Karl was useless on this point, as well.

Werner’s inventory of his apartment came up empty of saleable items. Nostalgia wasn’t what it used to be. There just wasn’t any market for most of his junk, at least not if he expected to turn a profit. Brokerage fees and freight charges ate up the margins. Maybe he was in the wrong business.

He tried applying for staff positions but the leading companies never even responded to his inquiries. That’s how you knew they didn’t want you. He struggled with the compulsive certainty that his applications had been lost in the mail.

The only thing left to do was meditate with Karl, and wait for something else to come along. Success was what happened while you were making other plans. But during meditation he wasn’t making any plans at all. He resisted the urge to think that maybe that was the problem.

Always, he was resisting.

Pete came through with the last few pages of his final report. Once this one was submitted, he was shit out of fresh material. He’d not been developing any new sources, and he didn’t want to report on the process of putting together the reports. Every time he did that he lost readers.

Maybe if he started some trouble.

Most of his best work surrounded ellipses...