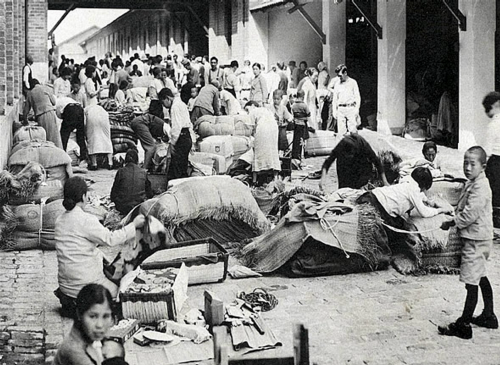 Returning to Japan had been a mistake. Shinji was no longer a child. He didn’t know this place, and everyone who had known him was long gone.

His cousin had left for America around the same time that he’d boarded the plane from New York. He’d still be on the boat. Ironic; maybe Shinji would even beat him back to America.

But that was unlikely. He’d forfeited his original travel visa by returning. It would take time to reapply for permission to leave. He hoped that Carmine would be comfortable, alone in his lonely apartment. Shinji had always been comfortable there.

Shinji’s uncle had come through again. He always seemed to have solutions for bureaucratic problems. At least for the ones where members of his family were concerned. Shinji’s flight took off within the hour.

Back in New York, Shinji splurged on a cab from the airport. When it set down on the roof of his apartment building, he immediately sensed that something was wrong. His plants. They were gone. He’d left New York three weeks ago, without emptying his apartment, without even terminating his lease agreement, and now his plants were gone. What could possibly explain that? Something was wrong.

Carmine had big plans for the public space on the roof of the apartment. Permits and convention be damned.

This was going to be great.