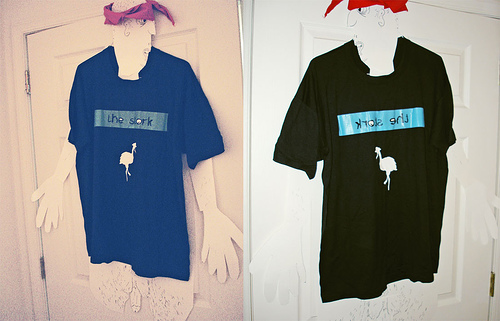 No, he was serious. There was another he had tried to be friends with, before college, but it hadn’t worked out. Part of why he left town. He didn’t like to think about that time. Nowadays it was Doritos and the mail truck.

And his music. When he wasn’t snacking or asleep he tried to set down his ideas. His equipment was primitive, but he found he had no aptitude for operating complicated machines. He pressed the record button and played his guitar.

He didn’t talk to anyone about this. It wasn’t for them. Something happened when he played that he wouldn’t have been able to explain. The recordings themselves were superfluous (though they did comprise a record of the experience).

In his bumbling way he was transported.

On the other side, the man he had come to know as the Chief presently resolved into view.

"Report," said the Chief, swiveling in his chair to face Stan and his guitar.

"Don’t worry about it," said the Chief, and broke the connection. Stan set down his guitar. What was that supposed to mean? He stopped the tape recorder and opened another bag of Doritos.

Thirteen years into his career as a mail carrier, Stan still didn’t know what he wanted to be when he grew up. Spying with his guitar was okay, but he had always assumed he’d get famous for something... else. He still had no idea what that might be. His current pay was sufficient, so he was free to follow his conscience during his free time. He wasn’t even sure that his career needed to encompass his interests.

Whatever, it was time for work.

image by pete toms, circa some time in the mid-2000s, used without permission.