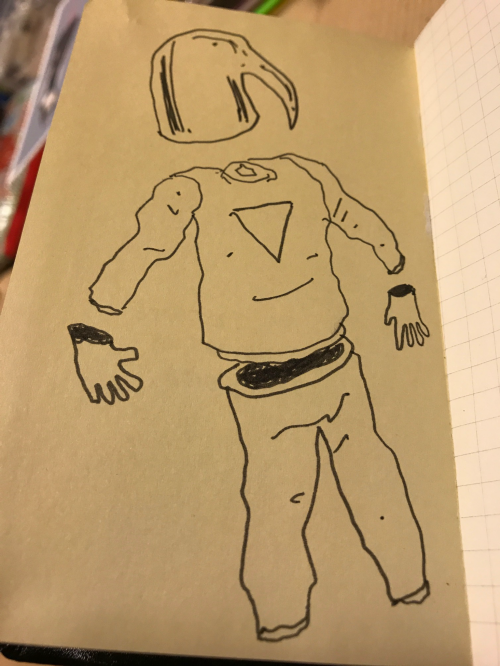 The job did not go as planned. Discipline had broken down almost immediately. Or at least it had seemed that way; it was never really clear what anyone was doing at any given time.

First, they had materialized in the wrong place. The initial disorientation led to several unauthorized weapons discharges, each of which would need to be accounted for in the paperwork. Civilian bystanders were caught in the crossfire. Members of the team had mistaken the misfire as an incoming attack and responded in kind. This expanded the mishap’s reach exponentially. When the smoke cleared the streets had turned red.

Ignoring the signals to turn back, Raven advanced to the objective, with John Ratcliff laying down suppressing fire. Stan was impressed, he’d never seen anything like it. Well, in real life. He aimed his guitar at the action, ensuring that the Chief would enjoy a clear view. He guessed that this was what they wanted him to do. Nobody had told him anything.

The general disorganization was exacerbated by the team’s failure to locate the target. This had hardly slowed Raven down. He proceeded to carve a path through the civilian-clogged street. At least now the rest of the team could follow. Stan tracked his progress with the guitar. When Raven rounded a corner, Stan realized that he’d have to move forward as well. The crowd closed up behind them like a self-healing wound. Everyone just stepped over the bodies.

At some point Raven returned with the target in tow. John Ratcliff again encouraged the crowd to disperse. Dimension Man was ready with his portal, and Stan nearly missed the doorway as it closed up behind the team.

The first thing Raven did when they reached the ship was to stomp onto the bridge and pin Alix to a bulkhead, his hand stapling the taller man’s frame to the wall like a thick sheet of tan, muscular paper.

"You. Said. No. Mission. Log." he rasped through clenched teeth.

"W-what?" Alix managed to get out, totally confused.

Nobody had paid any attention to Stan, standing by and strumming his guitar. Suddenly they all realized he was there, what he was doing.

"Turn it back on," the Chief said, rising to his feet and raising voice. "I love this song."