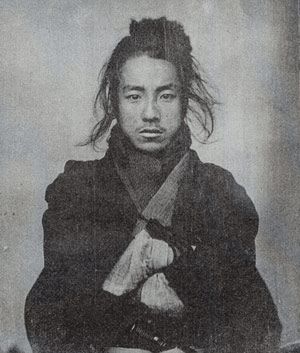 YOU CAN’T GO TO AMERICA

The legend hung above the Hidden Door English School like a taunt. Daisuke didn’t care. He was going to get some of that Disney money even if it killed him.

The program was not that expensive, really, but the first payment was more than he could afford. It was all he could do to stay current on his tuition at the English School. Hidden door, indeed. How would he ever get out of this place?

All day and all night he thought about getting rich. Trite aphorisms washed over him. "What is the sound of one hand getting money?" And: "Why ask why?" And: "A hard man is good to find." None of them were any help. He was still broke.

He stuck with his training. Every day he learned inane new American phrases. He was able to follow TV and movies now, without subtitles. He was less confident in conversation. At the end of each lesson he would cut the kuji and seal up his notes.

Daisuke had dreamed about leaving Japan his entire life. He wanted to be rich. Somehow, the two goals had gotten tangled up in his mind. One seemed like a prerequisite for the other. And how could that work?

You endure. Obstacles shatter against your hull. The water parts as you continue on your course unabated.

You react. Your insight flows around the problem, addressing it from several angles at once. You extinguish the troublesome flames sparked by the problem with your own final solution.

You experience. You enjoy the conflagration. It amuses you to observe the opposition as it consumes itself with useless resistance. Oxygen fueling your fire, you burn through the problem on your way to the ultimate victory.

You engage. You contemplate the myriad possibilities inherent in tackling the problem, mindful of potential pitfalls and traps. You stay clear of the edge; after all, the winds are high, and you don’t want to topple over the side into the abyss.

What is the sound of one hand getting money? No, seriously.

His will exhausted, Daisuke retired to his futon. He opened and closed several games in his emulator before finally falling asleep. Nothing was helping.