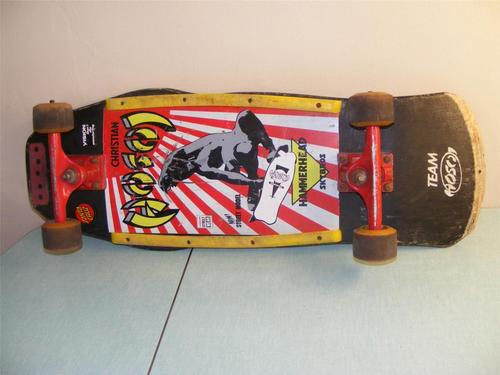 Geo was patriotic, sure. He had integrated the flag into his costume. Beyond that, he tried to stay out of politics. People just couldn’t get along. He tied the flag bandana around his head to signify that freedom was ever on his mind.

Other constituents of his costume included: football pads, cleats, fingerless gloves, rock t-shirt (stretched and ripped by the pads), loose-fitting cargo shorts. He figured that just about every interest group was represented, somehow, in his ensemble. At this age his view of the big picture was necessarily somewhat constrained.

"America first!" hollered Rolly, as Geo faceplanted, shredding his American flag do-rag on the pavement. His friends found the costume amusing. "These colors don’t run," Wheels observed, as blood from Geo’s fresh wound stained the solemn bandana. "Oh, say, can you see?" asked Kickflip rhetorically, gesturing to Geo’s predicament. On and on in this vein. The comments eventually trailed off as it became apparent that the joke had run its course.

The fact was that no one believed him. Every time he had contrived to demonstrate his new powers, some interruption would occur, like the cops rolling up on their spot, or someone’s mom calling them home for dinner. Even he had to admit that it all sounded like bullshit. But. Ever since he skated that gap something was different. He couldn’t feel pain. He couldn’t feel much of anything. Also, when he was on his skateboard, he could fly.

Ultimately he decided to keep it to himself. No one had believed him anyway. He’d tried being honest but none of his friends had heard him, almost as if they couldn’t perceive the idea. From now on he would proceed under a cover of secrecy.

But... what was there to do? From whence, and to where, was he proceeding? And how would he get there?

First of all, he had to get a new board.