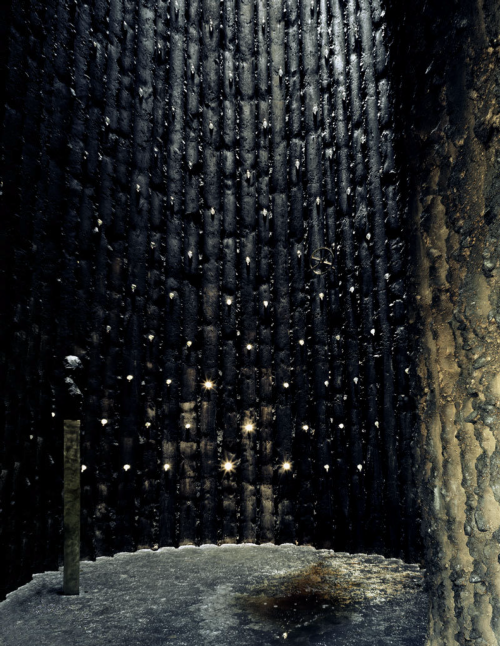 - I don’t fall down.  Others shatter against me and fall down.

- I don’t know what any of this means.

Geo felt that there must have been a reason why he was chosen as the custodian of these remarkable powers, but he had no idea why someone like himself should have been chosen.

It didn’t matter. His schedule was full of meetings and he didn’t have time to think about it. He’d shoulder the burden and sort out the philosophical questions when he had a moment of spare time. Which would be never.

It was funny, he realized that this was the decision he was making, even as he made it. Call it a rare moment of honesty with himself. He terminated the inventory.

He’d think back to that original costume sewn while watching TV. Had some random show or commercial influenced him? He supposed that this was a general question rather than something specific to the context of his career as a super-hero. To be honest he couldn’t remember most of the shows he had watched back them. Busy with his work, he had only occasionally glanced up at the screen.

The modern version of his logo had, of course, been modified from that original design. Let’s say streamlined. It served well enough.

One of his minor annoyances was constantly being asked to explain the symbolism. Why had he chosen the American flag motif? As if it should need to be explained. He guessed that it did. And so he would suggest that it had all been a joke. This usually worked. His interrogator would laugh, wink at him, and then move on to something else.