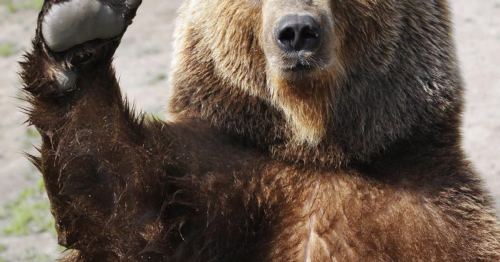 The green of the field had worn a line around bear’s waist, cresting just below his navel where h leaned into the field as he ran. The sensation was not altogether unpleasant but bear didn’t allow himself the distraction. The grass flowed smoothly around him, drawing tight in his wake, a soft curtain of green closing on an empty stage.

Failure in his own field would not go unnoticed. Was there any point in explaining? Bear would continue to make mistakes. Anyway, he knew what he had found even if the locals didn’t. He folded his discovery in half and tucked it under his arm. The firmament was still cooling, its pages might still singe. Bear gripped the fabric with intent as he retreated into the woods. Now he would wait, and listen.

Beyond today’s failure loomed certain possibilities. Bear could feel it in his fur. Intrinsic to the locals’ tolerance of his presence was the assumption of a shared frame of reference, or at least, a unified conception of the ground rules. Bear was now prepared to discard such trappings as delusional. His discovery transcended the treachery of images.

From one side to the other, cycling mechanically, alternating endlessly, bear ran, and he knew that he ran.