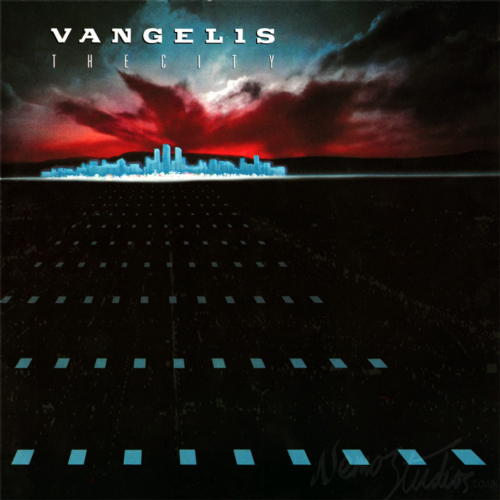 Note: You can’t find this shit in a handbook.

— Ice Cube, How To Survive In South Central

SL was back at work. Tough interrogation re: his furlough in West Berlin. Well, it sure as shit wasn’t this place, if you know what I mean. They knew what he meant. He was already sorry he’d come back. Well, at least the bandwidth here was civilized.

Most of the work he’d left on his desk was still there, now buried under yet more of the same sad stuff, striated sediment that had accumulated through the usual organic processes during his authorized absence. SL waved it all away with a single gesture, slashing at the horizon with his shimmering, gloved hand. Better by half to start from inbox zero.

"Have a good summer?" SL’s friend looked refreshed. First he’d heard from him since the kiss-off in West Berlin. How long had it been, anyway?

"Shut the fuck up," SL said, and emptied his styrofoam cup onto his friend’s new shoes.

SL was not impressed.

Multicolored tendrils snaking, now vibrating, suddenly tilting ninety degrees to flash on a cross sectional view of flat squares, arranged in an ordered patchwork of checked, fluorescent light. SL could tell because he could see some of the pixels. He moved them around with his eyes, dumbly relying on his gloves for context. Whatever you called it.

Drilling down, he paused intermittently to evaluate random bullet points, loosely guided by company policy and haptic feedback. Some of the material he would ingest consciously, but the bulk of it was archived for later offline perusal. Of course, he’d never get around to it.

At last he unmuted the audio and shuttered his visor, bounding through the remainder at 2.5x suggested playback speed. Continuously distracted by unrelated matters, he had to start over four times. The repetition impacted his retention.

The backlog was brutal. Even with the mandatory six months re-training, he’d still be expected to pick up some of the leads his people had let drop. High risk credit ratings desperate to... whatever it was they were desperate to do. The relevant factor was that in their desperation they were most likely to go in for the pitch—a high interest, unsecured line of credit that stood up pre-charged nearly to its limit. Exceeding the cap incurred exorbitant fees, which was where the company realized its profits. Something like seventy-eight percent of new customers immediately charged their account to its upper limit, which, since they reliably failed to read the fine print, actually pushed them far into the red. Transactions were never denied, and thus the fees began to mount even before the virtual ink on their credit agreements was virtually dry.

SL didn’t care about the minutiae. His actual job was managing the comfort counselors, who serviced the technicians, who in turn interfaced directly with the customers. Most of his time was spent manually copying their efficiency reports into spreadsheets that he e-mailed to his own boss, or, increasingly, firing them for not having logged in that week.

His arms were waving around like there was something wrong with him.

Nobody approached his desk.

The stairwells were left unguarded. As far as SL could tell there was virtually no security, no countermeasures had been deployed to prevent unauthorized staff from moving freely between floors. But this couldn’t have been the company’s intention, and so it simply wasn’t done. By some silent consent to the non-existing policy, managers never even attempted to go upstairs.

Nistopher, one of SL’s peers, was curious. One afternoon he waited until the corridor was empty and casually Nis-walked to the second level. You’ll never believe what happened next. It surprised him, too: a corridor identical to the one he’d just left on the first floor. "As above, so below," Nistopher muttered to himself, and silently returned to his desk, depressed at this inescapable confirmation of the universe’s natural symmetry.

The moment Nistopher had entered the stairwell his employment had been terminated. Owing to a glitch in [redacted] he was not informed for three weeks. He was not to be compensated for the shifts he worked during the interim, either, even though they continued to let him into the building and he continued to do his job.

Nistopher didn’t seem to mind. When they finally got around to telling him he’d been fired, he simply stood up, leaving his desk and personal effects as-is, and walked silently out of the building.

SL counted the days until his next vacation. As a manager his time off was subject to the needs of the business. He didn’t have a contract (management were employed "at will"), so all he could do was submit his request and hope that it didn’t get overtaken by events in the field. That was the price of sitting in the big chair with the shiatsu massage.

But there was always a bigger chair. SL’s own boss, when she was not on vacation, wielded her admittedly limited power with a wild and unpredictable caprice, carpet bombing from high altitude. He tried to stay off her radar, even though he was still obliged to touch base, insert input, massage the numbers (shiatsu or no), and reconcile his own receipts at simultaneous, pre-programmed intervals.

Megatokyo nodes were popping up all over. Zoo York, ATL, STL, Texas, Michigan, and Oklahoma. "Hell," SL thought, "If it can happen here, it can happen anywhere."

Unigov, the colloquial name adopted by the city of Indianapolis to describe its ever-widening consolidation of node cities worldwide, was finally beginning to function as intended. Better access to EMS shipping leveraged lower prices for everyone. And autonomy had long ago been proven not to work.

West Berlin and other points south had so far escaped being swallowed up into the Yellow Belt. This generated certain opportunities for trade. Margins that could be skated to slice out a meager living, for those unfortunate enough to be frozen out of the Unigov’s sphere of economic influence.

SL was itching to get back.