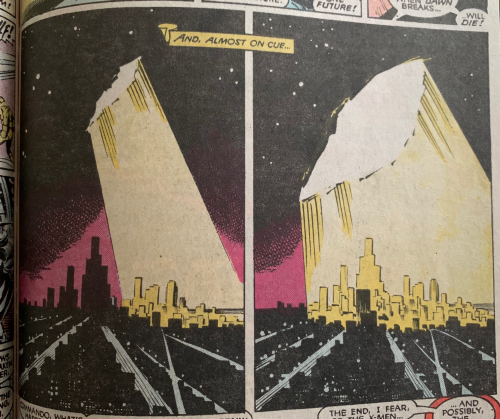 They came when he wasn’t ready. He wasn’t quite awake, and so he wasn’t quite sure if this was all a part of the usual nightmare of sleeping, or if it was something truly frightening. Big hands removed him from his bed, dressed him in clothing appropriate for the weather, and blindfolded him. This last detail seemed superfluous—casual investigation would have revealed his eyesight was already less than reliable.

Bundled into a small space, he detected the compartment was moving. He might be in the trunk of a car, or the cargo hold of an aircraft. His captors never spoke, but SL sensed there were at least three participants in the kidnapping. He was pretty sure that at one point he had counted six hands groping his Cross Colours all at the same time.

Somebody turned on the radio, which made it worse. Evidently one of his captors agreed because the cacophony was quickly replaced by tradecraft talk radio, which they all endured for the duration of the (it turned out) six hour journey. SL would have preferred the fingersnaps and popping sounds of country music.

Snapping awake in his new office, SL could tell that whomever had occupied it before him had left in a hurry. Or in any case they had left all of their belongings in their cube. After banging his elbows on various swag he swept the most egregious offenders into his trash bin.

SL scanned the open plan office, its hundreds of similarly abandoned desks spread out over an entire floor of the building like trash. He noted from the view of the city skyline that he was still in Megatokyo. Maybe he’d never even taken him out of the building?

Whatever, back to work. Heading up today’s agenda was the task of drafting a reply to a recent request for—

Doors clacked, followed by two sets of footsteps. Each growing steadily louder as they approached his position near the center of the big room.

A tap on the shoulder.

It was an interrogation, all right. He’d sent out a message to the group that had been intercepted by H.R., and now it was going to be his time in the barrel. They’d go over the message line by line, together, as many times as it took to get to the bottom of SL’s unpersonlike behavior. Right to the bottom of the barrel.

Not that he was complaining. No person was an island, no person was immune to criticism, and every single person needed help from time to time. He was always willing to learn whenever the company had something to teach.

But this time it would not be so simple.

They wanted to know about West Berlin.