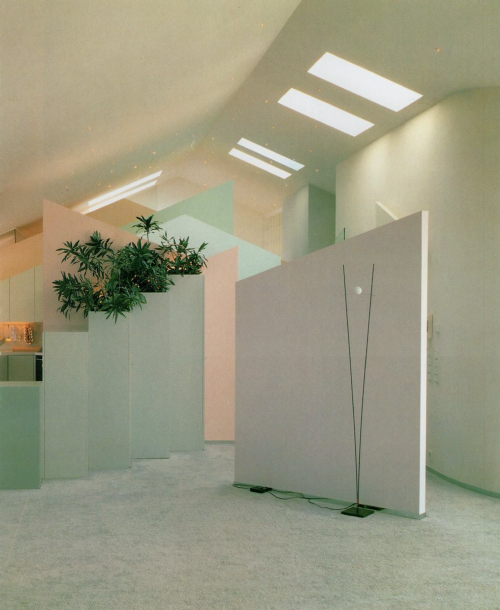 Unsub filled in all his social media handles. The ones with which he’d spent the last few years baiting randos from the opposition. There wasn’t enough room on the form to list them all, so he limited himself to only those accounts with the most followers.

"All right, good," Maude said, when he was finally finished, and dropped the resulting ream of paper in her waste paper basket like a big ream of paper. "Now, let’s find you a space."

He followed her back down to the food court, where, counter to the logic of shuttered businesses, several of the restaurants had booted up their lighting, were preparing for the morning rush. He could smell the grease undulating all around him. Mixed feelings.

On to the main gallery, Maude led him to a dilapidated space surrounded by potted palm trees and pink tiled trash bins. She stood in the center of what at one time must have been a fountain. Or perhaps the site of mass baptisms. He picked up a penny.

"We can remove the fixtures," she said, by way of apology for the unorthodox situatedness of his new digs. "It may not look like it now, but this place is filling up."

Maude pocketed Unbsub’s fee and made for her Sears.

To Daisuke, all of this was intolerable. New tenants were not being held to the same standards as those unlucky enough to have contracted early in the mall’s life cycle. Nowadays they weren’t even subjected to the tough physical conditioning of his heydey. No more punching one’s fingers into the chests of unruly customers to strengthen the digits. Now it was all online surveys.

Even the contracts probably just ended up in the trash.

As Daisuke knelt in seiza and stared, another fluorescent light flickered and sputtered out.

Esmé figured the new guy had potential, but Ororo said not to steal from him too often. New tenants were always quick to complain. It wouldn’t do them any good to get banned from the mall.

"Ha. They’re setting him up in a fountain," Esmé mused.

It was as yet unclear what the man was selling.