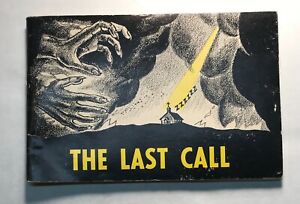 Bill Unsub was ready to go.

Europa descended the escalator, presumably resplendent, but refracted through the cubist effect of the surrounding mirrors, it was difficult to tell.

She stepped over the threshold. In this mall, there were believers. Was her step a little lighter? She wasn’t telling.

The old gods avoided the mall, for the most part. Convenience was one thing, but mostly you were paying outlandish prices in order to see, and be seen. And quite obviously they’d let anyone into a place like this.

What was in it for her?

Esmé waited for Ororo at a table in the food court. Just running over to the Radio Shack for some capacitors, she’d said. That was half an hour ago.

Mall sushi was anything but.

Ororo plopped her plastic shopping bag down with uncharacteristic carelessness. It was full of Chick tracts. Religious comics by Jack T. Chick.

"Precisely," Ororo said. "So who is profiting from the distribution of this material?"

The little pamphlets were given out for free at the Radio Shack, and presumably at Radio Shacks everywhere. Ororo had taken them all.

"Us, I guess," Esmé said, and almost barfed.