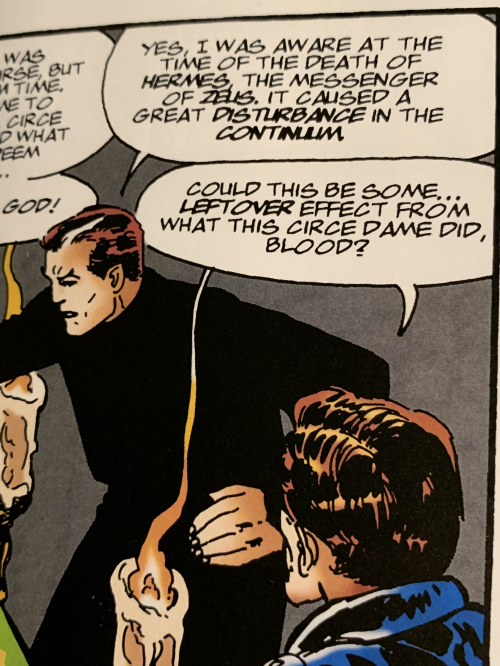 Saito showed up at the mall, somewhat embarrassed that he had forgotten to take off his white lab coat. But he’d also forgotten his sister’s birthday, and he needed to pick up a gift, stat. In any case, no one seemed to notice him trying to blend into the crowd.

That’s when he saw her, radiant and unignorable, descending the escalator at full vibrant volume. Somehow he knew this was Europa. Saito forgot all about his sister’s birthday gift. Forgot even who he was. Moved towards the escalator in a straight line, knocking over several nearby shoppers in the process. His senses enveloped in rotating, rearranging cubes of multicolored light, there was only one thing left for him. Her.

Europa stumbled slightly at the bottom of the escalator. Perhaps the hem of her gown had gotten caught up in the works?

Daiskuke had heard enough. He probably had no business sitting at this table, anyway. Whatever Plinth was talking about, it as well beyond his operating budget. Even with the new income stream represented by Granit’s not inconsiderable patronage, his mall dojo was not in the same league. This guy had just bought the entire mall like he was spending pocket change.

To be fair, property values had seen better days.

Granit. The injury to his arm had opened again. The boy’s healing abilities were as yet poorly understood. Daisuke took the opportunity to tuck the densho of his school into the crack between Granit’s arm and shoulder, preserving its teachings for future generations.

He hoped the boy would heal, but even if not, he figured his sturdy stone body would protect the scrolls until some later date when the material could be salvaged and reconstructed by a canny martial arts entrepreneur.

Preferably back on the west coast.

Unsub’s mission was coming undone. Some cretin (no pun intended) in a white lab coat had blocked his shot just as Europa was entering the kill zone, and now she had... disappeared? He pocketed his weapon casually, utilizing only small movements, and retreated through the service tunnels to his fountain kiosk. Tried to stand perfectly still, hoping no one would notice him staring hard, straight at Plinth’s table in the food court.

A short, stalky man with hairy arms and a truly bizarre hairstyle had just lunged across the table and impaled a younger man with his... claws? The younger man’s wounds had healed instantly.

Plinth, for his part, merely observed, seemingly on the verge of boredom.

"Everybody out!" someone shouted over a loudspeaker.

ALMOST AS AN AFTERTHOUGHT

Logan was stretched across a food court table, wrist deep in Occam’s chest, which had grown back around his hand presently. Occam was as surprised as anyone. Due to his prodigious sweating, his own weird hair had divested itself of product and was starting to stand up again, this time completely under its own unexplained power. Impulsively, he produced a pocket lighter and relit his great-grandfather’s dead cigar.

All around the food court, other patrons had noticed their own shopper’s flames had quietly extinguished. Silence reigned. Until it didn’t.

Plinth Mold’s chair scraped loudly against the tile floor as he got up to leave.

Almost as an afterthought he stopped and tossed a #10 envelope full of large denomination U.S. currency onto the table in front of where Daisuke had been sitting.

"For Sensei," he said, evidently to Logan, and lit a thin European cigarette, one he had rolled himself, centuries ago, as he made his way casually over to the big glass doors at the entrance to the mall.

"Hold it!" Maude Fomo shouted again over the intercom.

But he was already gone.