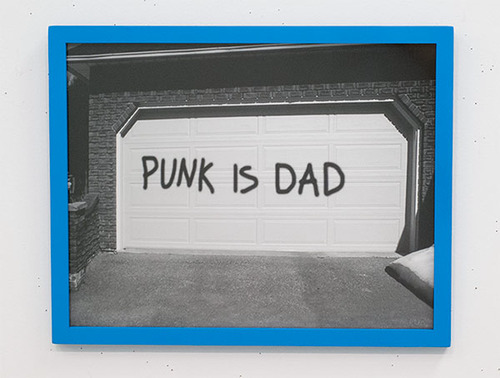 Plinth Mold relaxed in the back office of Daisuke’s dojo. He hadn’t been invited; in fact, he had no idea who these people were. He’d simply noticed the neon lights advertising instruction in "classical martial arts," and immediately barged in.

Granit brought in the tea, bowed, and then exited backwards out of the tiny office into the training area for more reps.

"Beginner classes are usually held on Tuesdays," Daiskuke was explaining.

"What’s the story with these scrolls?" Plinth inquired, gesturing too casually to Daisuke’s various menkyo licenses hanging around the office. Of course he could read them. But could his host?

"Oh, the language is somewhat archaic," Daisuke explained. "I have been authorized by my teacher to share the techniques of our tradition in perpetuity throughout the known universe."

"Were these written before or after 1868?" he asked, bemused.

Occam was born in 1983. His adoption of the Los Angeles hardcore punk lifestyle, circa 1983, had something to do with self-love/loathing, and a general fascination with the world as he imagined it must have been around the time he was born. He congratulated himself on this, as people usually didn’t latch onto this kind of self-referential nostalgia until they hit middle age.

Enough with the introspection, Occam was late for work.

He washed the glue out of his mohawk, combing it down over one side of his head and spraying it thoroughly with Aqua Net to hold it in place. For safety. Long sleeve shirt to obscure his many tattoos. His trusty switchblade splitting hairs as he scraped it across his face, removing the salt and pepper stubble that shaded his chin and cheeks.

A job. Staring into the mirror. This was the truth.

Bus to the mall.