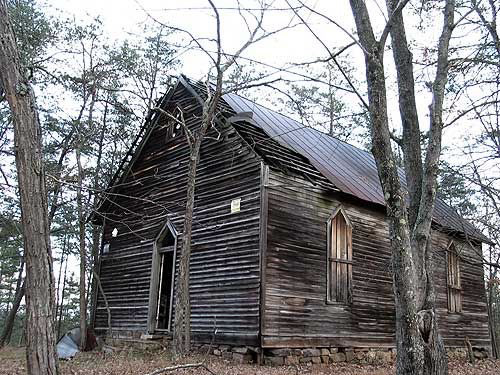 even the small sounds of the tiny town could sometimes be too much. vidya would take his bag and spend the whole day wandering in the forest that opened up next to his house. he could walk for hours without encountering civilization, though sometimes he would meet another person coming or going.

perhaps a mile from his house, further into the woods, stood a small abandoned structure. he supposed it had once been a residence, though all of its furniture and fixtures had long since been stripped. he assumed, by visitors such as himself.

into this structure he had, over time, drug various items from various other locations. the bench seat from an old car he found amongst other such old cars at an abandoned car lot elsewhere in the woods. a small battery powered television that did not work. the latest addition was a portable charcoal grill, on which he planned to cook meals. from time to time he had considered rebasing his operations (in general) to this relatively remote location. the lack of insulation, and for that matter, the almost total lack of windows, dissuaded him from entertaining that notion seriously.

in the meantime he hung posters.

unlike on top of the water tower, there was no signal in the woods. consequently he had deposited his collection of hardcopy books inside the abandoned structure. makeshift shelves lined the walls. he had found the deep woods to be a suitable spot for reading. the only problem was moisture. since the abandoned structure was hardly shipshape, his books were probably, even if slowly, being ruined. still, he judged them to be safer here than at home. he’d just have to work his way through the remainder of unread volumes before time ran out.

for this one, it was too late. black mold.

deep in the forest sunlight seemed to emanate from nowhere. already an overcast, misty day, the tree cover concealed the ostensible source of the light. by all rights it should be completely dark inside the abandoned structure but somehow he was still able to read. 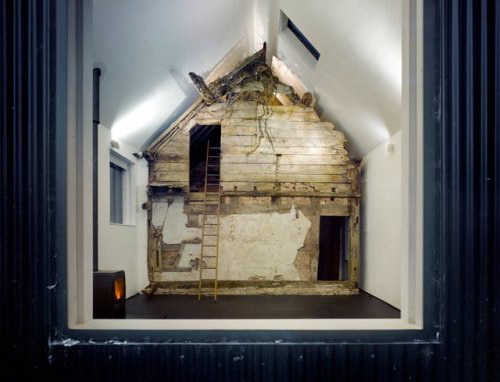