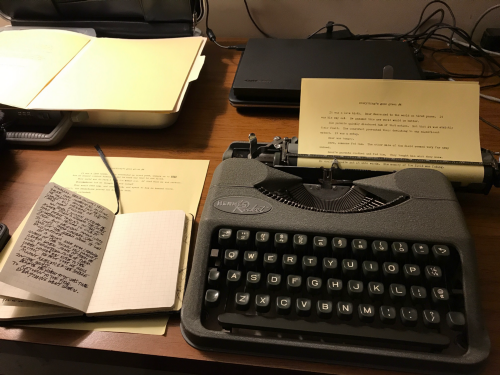 It was a live birth. Bear descended to the world on tired paws. It was his way out. He assumed this new world would be better.

His parents quickly disabused him of that notion. Not that it was strictly their fault. The construct prevented them deviating to any significant extent. It was a setup.

Here, someone fed him. They taught him what they knew. Maybe that was the problem. Bear always felt there was something missing. He couldn’t quite put it into words. His memory of the field was fading.

On bear’s ninth birthday he awoke from a dream. The locals had been trying to tell him something. He had to give it all back. But he didn’t know what it was. They wouldn’t say. On and on the dream went. It was frustrating.

As a young man bear learned many of the things his parents never knew. Some of them he had forgotten. Some of them were unknown even to the locals. He felt that he could almost remember the breeze in the grass...

Before he knew it it was time for him to return to the field.