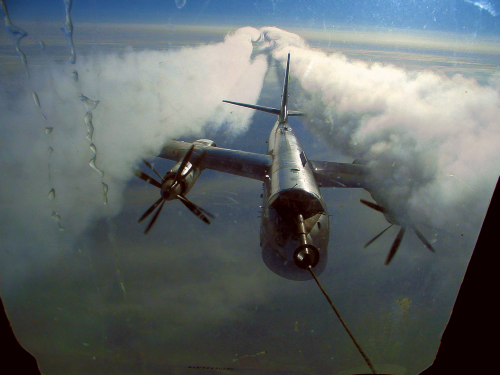 Tommy tried and tried again to communicate but it was like talking to ants. He’d alter the pitch, and even the content of his words, but the others would simply continue on with whatever inscrutable nonsense they’d previously been occupied. In and out of their flats, up and down the hallways, even the adults’ most fervent activity seemed to be divorced from any obvious stratagem or design. From all appearances, this collection of his kinfolk were a group of semi-autonomous (semi- because he was privy to the fact they were all acting under orders from up the chain) drones whose personal points of view were lacking both in personality and in vision.

His brother had already located the cache of local currency hidden just beyond sensor range of the silo. Peter peeled off a reasonable amount of cash and handed it over to Tommy, who tucked it into his shirt pocket without obviously disrupting his stride.

Bear ripped open the old log and sucked out a spiraling stream of black ants. He was ravenous, and this was what he had been reduced to.

In any previous era there would have been a surfeit of young profiles for him to feast upon, but not so here in the so-called real world, this present, interconnected and degraded age. Bear sensed instinctively that it would be no use moping about. This was his life, now, and he intended to make the best of... oh, whatever.

Bear finished up his ants and wiped his chin. It was time to get back to what really mattered.

"Do you ever get that thing where your visor stops working in only one eye?" Tommy asked Peter, forgetting momentarily about Peter’s eyepatch.

Peter remained stoically silent, much as he always did. Tommy was never quite sure where he stood with his brother, but the fact that Peter stuck around at all had to count for something.

Sometimes life was ambiguous in just this way.

What else was new?

Tommy didn’t know what it was about Peter, but kids their own age seemed to love him. He cut an odd figure, what with his brown slacks and waistcoat, his long hair and his pirate’s eyepatch. His personality certainly wasn’t doing him any favors, either. But the other children couldn’t seem to get enough of him. He had but to enter a room and straight away he found himself swathed in admirers, like a wet finger dipped into a bowl of sugar.

It pissed Tommy off.

"I mean," Tommy complained, "What do they even want us to do when half the time our equipment is out of service? These assignments are all predicated upon the notion that everything we’re issued is always in perfect working order, performing at shill-review-level optimums. There’s no realpolitik in our orders, only bullshit."

"How long have you felt this way?" Peter asked blandly, sympathetic but non-committal.

And it was true. Tommy couldn’t remember ever having been satisfied with anything, least of all the nonsensical directives issued by mere adults, most of whom he assessed as semi-literate.

"It’s like they want us to fail. Or something."

Bear understood that these children would never be happy. What was more, he understood. What was there to be happy about? He had traveled this same well-trod path all his life. And there was no way home, no way out.

He pressed once again at the thin membrane separating him from his snack and pulled back a blackened, cauterized stump. It would take this one a while to grow back.

Bear rummaged around for something else to eat.

And it was true.