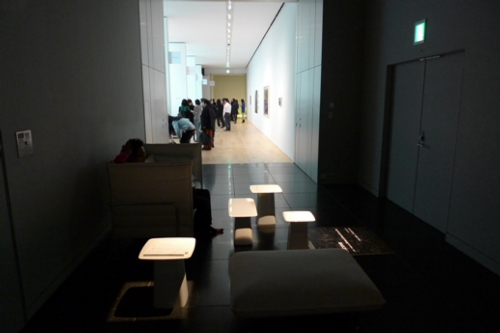 Aij’s first day at the company was uneventful by any measure. He had begun to wonder if he’d made the right decision accepting the job. Massive Fictions was a publisher of lies—that is, stories, magazines, and books (inclusive) blatantly incompatible with material reality as he understood it. Ridiculous, some would say trumped-up, nonsense sandwiched between salacious covers, pawned off on an unsuspecting public at reasonable, irresistible prices. Bargain basement bullshit. Harmful, Q.E.D.

Aij sat at his lunch table and surveilled the assembled personnel, evaluating each at a glance for the usual criteria: signs of good breeding, physical attractiveness, and general suitability for the work (exclusive). Most of them appeared to be left-handed. Why?

The cafeteria was filling up from the lunch rush. He’d chosen the moment deliberately — maximum engagement, forced face-to-face fuckery. He was daring himself to get on with it.

Time to meet his colleagues.

The requirement called for an operating system small enough to be understood by its implementers, obscure enough to pass undetected beneath the noses of management. Cin had already proven the concept by working for months on the unauthorized software at his day job, completely ignoring the company policies with which he personally disagreed.

SL formed the fingers of his data gloves into a metaphorical tent, triggering a near-instantaneous response from the software.

Cin didn’t work for his company.

Levels of classification above SL’s occluded awareness, other officials at his company were also making hand tents, some of them literal. Peering down from their rarefied heights, progress was being monitored by responsible parties, parties responsible for allowing or denying the project to continue. In accordance with best practices, members of the project at the lowest levels were of course aware that they were under constant surveillance, but the precise details of how it was accomplished were left vague. The system worked, provided local project managers at each successive level didn’t lose the plot.

And who paid for all the flowers? The basic technology had been public domain for more than a century, but still the materials and labor cost money, so specific implementations usually remained proprietary. One didn’t simply grow a public housing project out of the green-ness of their heart. There had to be some significant expectation of a profit in order for the effort to take off. But that implied competence, which everyone knew was in short supply...

SL wasn’t particularly invested in the answer to his question, but considering its many angles did occupy his otherwise restless glandular system for the duration of the lateral move back to his dormitory apt. He knew for certain that the money hadn’t come from him, and that seemed to imply—

And he was home.

There were messages. SL didn’t bother to turn on his music. This was more work than they’d dumped on him in years, and some memory of green, quickly and efficiently suppressed, suggested that somebody upstairs was probably having a laugh. SL stabbed himself with his pen, superficially wounding his immediate supervisor. See? Over time they would come to an understanding, but in the meantime, this. Ouch.

With any luck it would impact the division’s numbers all the way up the chain.

Dawn in the fields. Sensors collected data. SL was on hand in an unofficial capacity, examining the anxiously bucking rows of young buildings as they strained naturally toward the artificial light. So much potential.

SL liked to spend his mornings here, wandering the unadvertised areas. That is, when he could get away from the office. The new work had remained steady for months, commandeering steadily more of his otherwise free time. These days, simply making it over to the housing nurseries was something of a personal victory. He was seldom disappointed. The little fellows sure did try hard, and they did it all without calendars or reminders. In this climate he didn’t consider it an insult.

SL headed back to his office as the morning mist abruptly transitioned to bright sunlight.

Aij put on a brave face but he was dying inside. No one had acknowledged his attempts to integrate. No one was meeting him halfway. It was almost as if his peculiar qualities had not even been observed, which, while admittedly unlikely, still galled him to no end.

He fit the profile.

One of SL’s new duties was the care and feeding of such raw, unfiltered talent; to wit: promising new recruits such as Aij. Part of his daily routine (after visiting the building farms) was to scan the daily manifests for new arrivals. He saw that one of his co-conspirators had helpfully underlined Aij’s entry in red. When SL flashed on this he swiped away all the other entries and cleared his schedule for the rest of the day.

This one was already half-done.

Next morning, a priority directive from above admonished:

You are to complete the work assigned to you each day. Do not cherry-pick from the worklist.

SL was duly chastened, but there was no real penalty for getting work done.