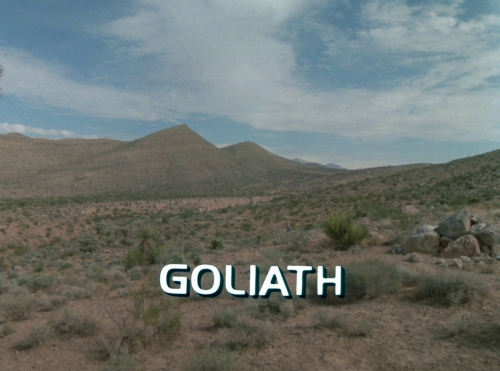 K.A.R.R.’s own interests were decidedly singleminded. Wherever he went, whatever he was supposed to be doing, he was always on the lookout for new comics. Within this category (comic books) he discriminated freely, snatching up whatever flashy new title looked cool, and ignoring the material he didn’t like. Since most of the planet was covered with sand, and there were few habitations to speak of, he enjoyed few opportunities to exercise the ruthless, discerning razor blade of his taste. Mostly, he sat in his box and re-read the books he already owned.

"We’re just going to go over your numbers for August."

Bonnie on the line. She’d called and interrupted just as K.A.R.R. was starting work. He’d already been told not to charge time for these calls.

"Your efficiency is off."

K.A.R.R. of course knew the reason for this failure. Since his recent suspension for falsifying company records, he had been reporting his time accurately as a matter of principle. How to break it to his boss that the reason she wouldn’t be getting her bonus this month was because he was no longer protecting her?

"What can I do to improve?" he asked, quite earnestly.

"I just feel like people are playing games with their numbers," she said, ignoring the question. "I just want you to know, now is not the time to be playing with your job."

K.A.R.R. guessed he was now free to get to work.

The new release was coming along, but it was not going to release itself. K.A.R.R. organized his notes and assembled something resembling an orderly accounting of all the changes made since the last release. Some of the commit messages were above his head, but that wouldn’t significantly hinder his ability to sort the list into general categories, alphabetized. Next he would proceed to the crux of his real contribution: selecting the correct cognitive color tone, the precise, faintly audible pitch of the associated propaganda. How to set the whole thing vibrating such that it settled into an auspicious trajectory (rather than being ground into corn meal between the massive, competing gravities of nearby thought constructions) while still remaining legible to the semi-disinterested reader.

He double-tapped the side of his visor, momentarily switching contexts. Fourteen issues were missing from his bind map, and he intended to somehow finish tracking them all down before his nap this afternoon.

Unbeknownst to him, the context switch had triggered an alarm that would be flagged for managerial review.

"This is an investigation meeting," Bonnie announced, peering through a ridiculously oversized visor at K.A.R.R., who returned her confused gaze through the slowly cycling woosh of his own tastefully fitted yellow frames.

"No. More. Personal. Use. Of. Company. Visors." Bonnie tapped her leaf as she read each word. Sentence pronounced, she smiled conspiratorially to herself. She’d made it through the whole thing without having to ask for help.

But that was it.

Garthe had loaded up Goliath with comics. The militarized tractor trailer rig was overweight, hauling crates of floppies to be bound, somewhere across state lines. Though how he was supposed tell where the state lines were, out here in the middle of all this pink, remained a god damned mystery.

Black smoke belched from Goliath’s twin smoke stacks. Garthe laughed, seemingly at nothing, the potent evil he usually radiated now focused tightly through his trim mustache and beard. What was his problem, anyway?

He didn’t notice K.A.R.R. laying motionless in the sand until it was too late.