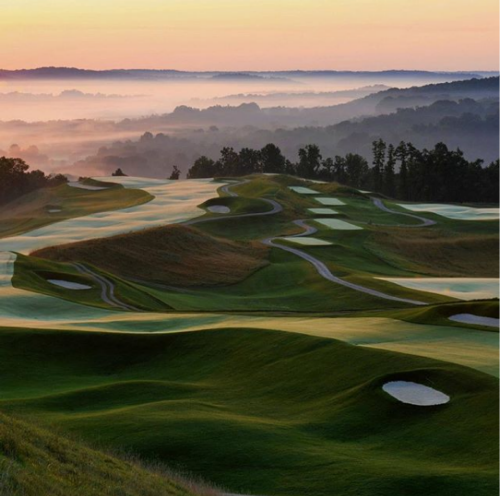 A different golf course each time. Willow trees, here. A pond. Too cute for words. Thomas had been training in this fashion since childhood. Well, Piro supposed he was technically still a child. Stipulated: A long, long time.

They always did this at night. Previously in a small group, but for the past couple of years the other students had not been invited to their private sessions. Ground slick with dew, the trees keeping damp tabs on their progress.

Thomas skylined himself, the dark contours of his increasingly imposing frame advertising an opening to Piro, who didn’t take the bait. They’d been stepping through this dance in their sleep for years. No surprises.

Thomas couldn’t quite figure the older man. He kept pushing him and pushing him, almost worse than his dad. Maybe after all these years someone would figure out that Thomas didn’t want to do this anymore. Didn’t even want to fight. Surrendering, he switched off his visor and dropped his hips, fading immediately from view.

"I’ve never killed anyone," Thomas said, suddenly mere inches from Piro’s face. He’d made no sound on his approach, but he’d put everything into the words. Kotodama, right?

It sure was dark out here.

Training on golf courses at night seemed silly until you realized that leaving no trace and not getting caught were all a part of the exercise. At least, that’s what they told the kids. In reality Piro simply liked the idea of violating these country clubs where he wasn’t welcome during business hours. And the clientele of these places often ended up on his kill lists. It was as neat as that.

Thomas was back, still whispering, unnecessarily.

"I don’t even do the exercises every morning."

He’d been a serious kid. Never exactly trusting, but maybe what you’d call credulous when it came to certain assumptions regarding cause and effect. He seemed to think the world could be understood. But that made no sense.

What had his father been telling him?

This time, Thomas’ fist sailed too close to Piro’s cheek, not quite touching, but close enough that Piro could judge the proximity through the sensitivity of his skin alone.

"Doesn’t that long hair ever get in your way?" Thomas taunted him.

Thomas felt like they’d been having this argument since he was a small child. Piro seemed to want to awaken some instinct within him that simply wasn’t there. He didn’t want to punch anyone in the face. Not that this prevented anyone else from punching him in the face. Sometimes even while he was reading.

This time Piro heard Thomas’ shoes digging gently into the grass. He wasn’t where he was supposed to be when Thomas’ punch once again went sailing by. He threw out his own hand in a boshi ken, catching nothing but dead air. The boy’s visor was still powered off, which meant he was creating no trail at all for the combatives algorithm to plot against.

Finally, caught him by the shirt collar. That ridiculous leather necktie he’d started wearing everywhere had clipped Piro’s wrist, who made an instant tactical guess as to which end was which. Piro snaked his hand down the length of it and dug the tips of his fingers into Thomas’ collar bone, where his data gloves made quick work of switching the boy’s visor back on. Instantly, the ninth green was blanketed in the soft glow of the visor’s boot screen, which appeared to have been modified by its owner.

An apparently disgruntled choir of frogs near the pond were steadily going apeshit.

At first, nothing seemed to change. The flat carpet of the putting green diffused the visor’s ambient illumination in such a way that the immediate surroundings resembled nothing so much as a living room, or perhaps a green-tinted version of the bridge of the USS Enterprise, NCC-1701-D.

There was something happening to Thomas’ face. He had dropped the usual studious blankness, his eyes usually turned down, and was now grinning like... like nothing Piro had ever seen. From his back pocket he produced his own pair of data gloves, and, pulling them on, commenced to trace lines, shapes, and other, more complex primitives into the night sky, oblivious to the ongoing training session, still in progress. Thus entertained, he began to laugh out loud.

Sensing an opening, Piro shot forward, driving his own thumb-fist into the center of a momentary opportunity provided by Thomas’ slack posture and obvious inattention to his own lack of invisibility.

Thomas stopped, flipped up his visor, and caught Piro’s fist in his hand, which presently refused to loosen its startlingly robust grip.

"Class 100 strength," he grinned, and then he crushed Piro’s fist into powder, which duly got all over everything, as if a large bag of bleached flower had been dropped by David Letterman from the top of a very tall building.

"It means I can lift (press) at least a hundred tons," Thomas continued, still smiling stupidly at his instructor. The look in his eye now told a story, even as he wiped some of the errant powder off of his face.

Things changed from that day forward, though Piro could never admit that to his pupil. Thomas had acclimated to sudden violence, to his own latent superhuman potential, and, ultimately, to wielding authority over other sentient beings.

He’d have to tell the boy’s father.